Please note: with the restrictions on gatherings over the next couple of weeks, events are being changed or canceled, so please be sure to check with event coordinators for the most up-to-date information for each event.

Here are our top picks for things to do while observing social distancing and safety protocol.

Bringing you events, large and small, from all corners of Jackson County, Michigan. Be sure to stay to get updates of events and more with our weekly email. This events calendar is possible with the partnership of these Jackson County businesses.

Virtual Lecture Series: “Do Everything”: The Temperance Campaign as Radical Social Movement 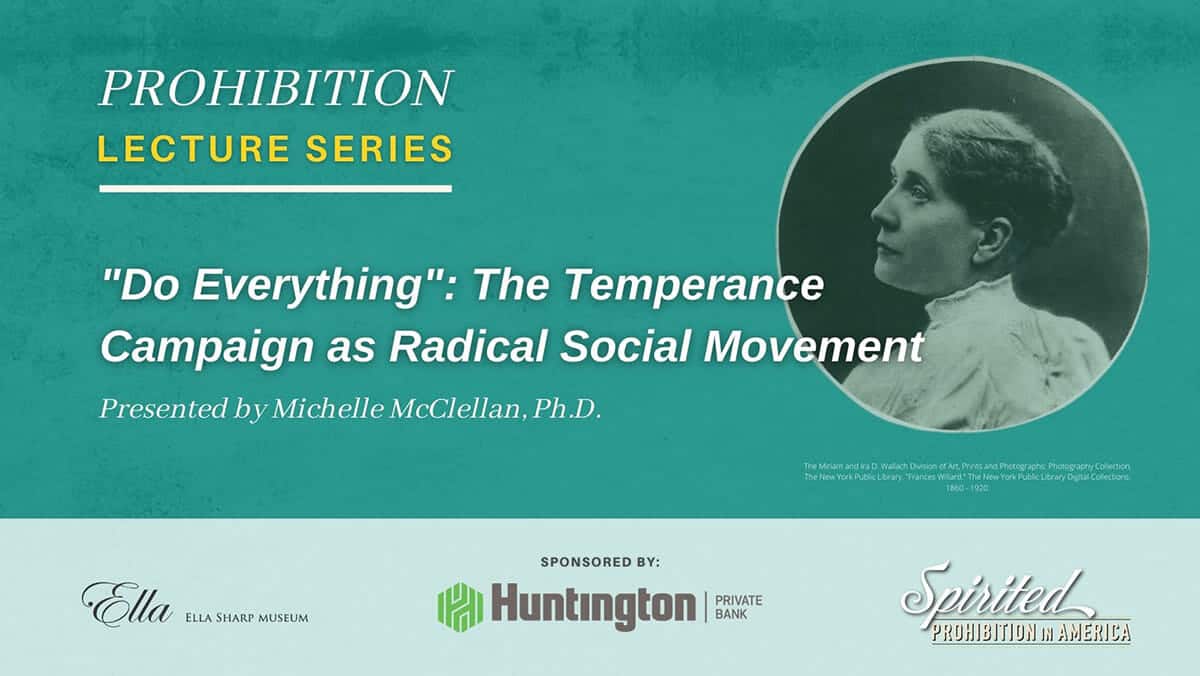 Today, it can be easy to dismiss Prohibition as a bad joke or a misguided attempt to prevent people from having fun. But the temperance movement was one of the largest social movements in American history. It was a major public health initiative and it culminated in a Constitutional amendment–no small feat! What’s more, many activists who were against alcohol also fought for women’s rights and the abolition of slavery. In this virtual talk, Michelle McClellan, Ph.D. tells the story of the movement nationally, explains its links with women’s suffrage, and outlines the evolution of prohibition policy in the state of Michigan.

Thank you to our event sponsor: Huntington Bank

This lecture is presented in conjunction with “Spirited: Prohibition in America”. On view at Ella Sharp Museum November 11 – January 7, 2021. This exhibition has been made possible through NEH on the Road, a special initiative of the National Endowment for the Humanities. It is brought to you by Mid-America Arts Alliance. Spirited: Prohibition in America was organized by The National Constitution Center, Philadelphia, PA.

We want you to have the best experience! While we try our best to have the most accurate and up to date event information, changes often occur. Please check directly with the event organizer before making any plans!

See an error or out of date information? Send us a note here.

Want to add a new event? Submit your event to be included here.

Your guide to what's going on