Every March, a great way to shake off the winter doldrums is with the Southern Michigan Winter Beer Festival. This event takes place each year at Keeley Park’s (otherwise known as the Jackson County Fairgrounds) American 1 Event Center.

This Jackson Michigan festival is an indoor-outdoor event, but don’t worry – there are plenty of heaters, fire pits, and rooms indoors to make sure you aren’t too chilly. There’s also music, an emcee, and door prizes!

The Southern Michigan Winter Beer Festival boasts over 150 types of beer, ciders, and meads, as well as hard seltzers and even wines! Beer vendors line the walls of the event center as well as outside tents where you can use your souvenir cup to taste new-to-you flavors and tried-and-true favorites during this fantastic annual event.

You’ll find national brands like Leinenkugel’s, Budweiser, and Natural Light. and Michigan brands like Shorts, Founders, Keweenaw Brewing, Bells, and many more. And, my personal favorite, was the Jackson area breweries, cideries, and more like Ogma, Meckley’s, and Grand River.

Specific vendors change year-to-year, but you can find a full list of vendors here.

Not only are the beer vendors line the walls, but there are non-beer vendors as well for things like hard seltzer, wine, and other beverages. Sign vendors, pictures, and even a hops farm from Grass Lake have been on the scene of the Southern Michigan Winter Beer Festival.

In addition to these vendors, there were also food vendors. Tiki Sam’s was on site with hot, fresh pizzas. As well as Bacon Steak on a Stick, Randy’s BBQ, and Sausages and More!

This is a 21 and over event. You can expect to show a photo ID at the door. 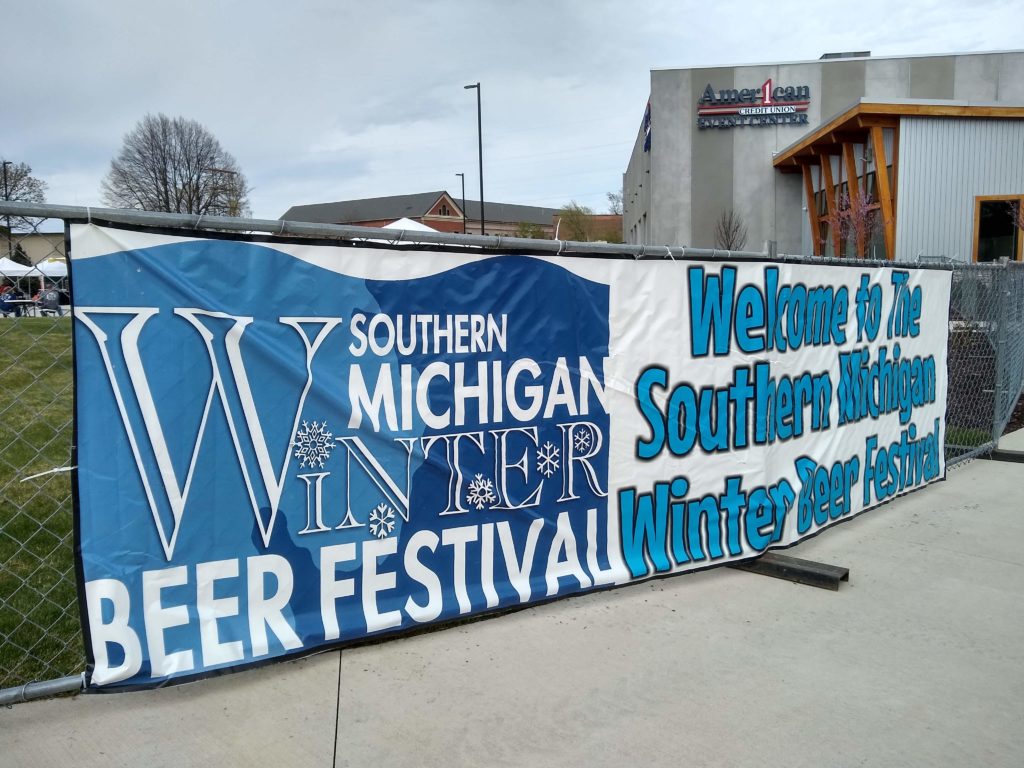 Our Day at the Southern Michigan Winter Beer Festival

My husband and I arrived at the Southern Michigan Winter Beer Festival a couple of hours after it opened. We went to the ticket table where we received our souvenir mini beer glass and our tokens. One token was used for each drink we wanted to try. We headed down the hall, and into the main event room.

The main event room had beer and other session alcohol vendors running along two walls. The third wall was non-beer vendors. There were clever signs, a few snacks, and a Hops Farm from Grass Lake.

Barred Rock Hops farm was such a unique vendor for the beer festival. This is a hops farm which doesn’t use their hops for beer, but instead for all sorts of other uses – mixed into salts and cooking oils, as well as other compounds, salves, and herbal tinctures. They even have a hops harvesting festival each year! You can learn more here.

The fourth wall was where the doors were open to the outside to make it an indoor-outdoor event. 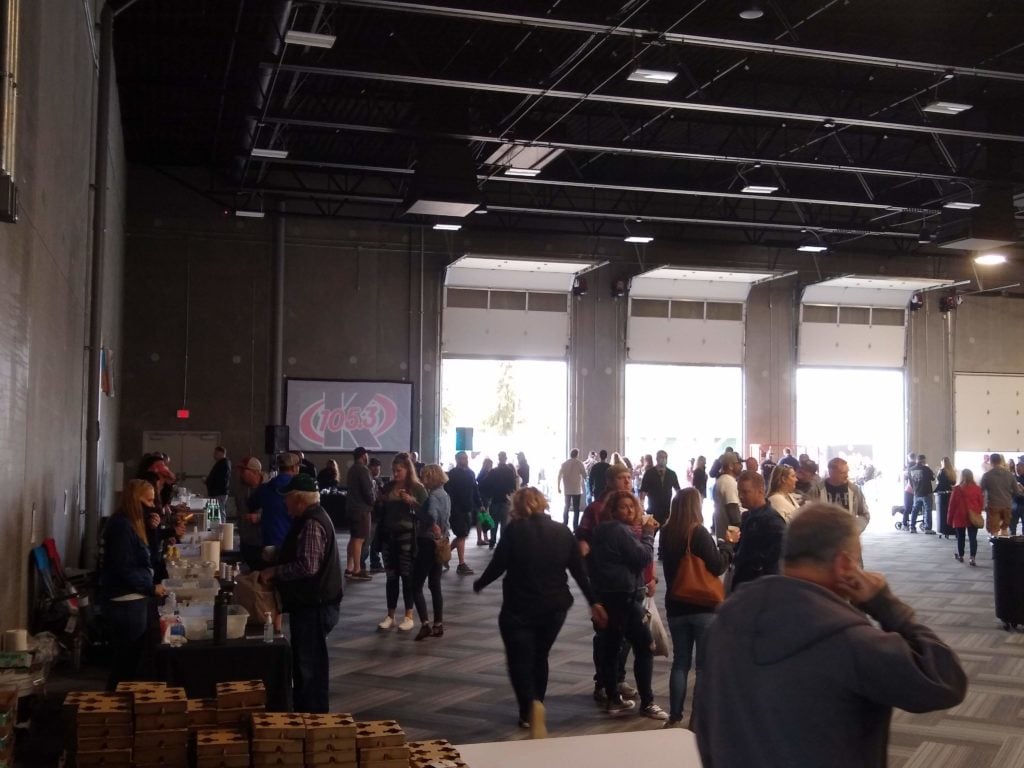 Things to Do at the Southern Michigan Winter Beer Festival

Inside, there were several tables at which you could sit and enjoy your drinks, snacks, and even games. Music was playing the whole time and it was a very fun, energetic atmosphere.

We started to peruse the selections. Every vendor was listed on the wall or on a banner on the table. In addition to that, you could find a list of what was being served by each vendor.

Inside, we found the national brands and some of the Michigan breweries.

Outside, in the tent, is where the Jackson-local breweries and cideries were located, as well as additional Michigan brands. 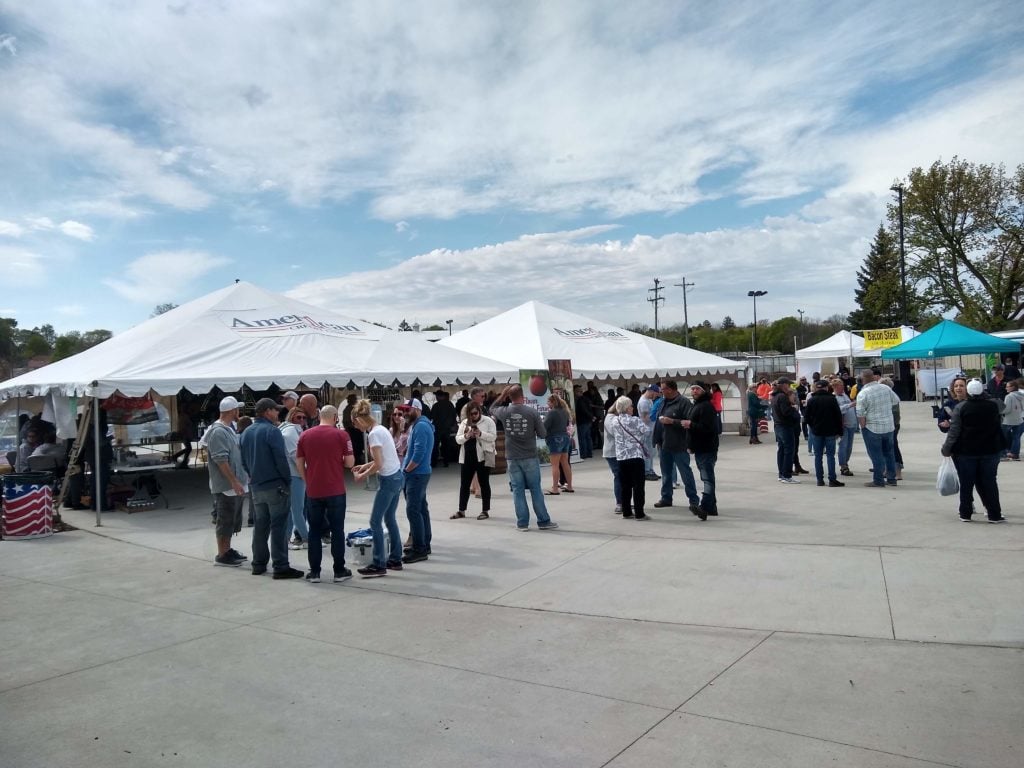 Honestly, there were so many excellent choices, so many things I had tried or even heard of before, I wasn’t quite sure where to start! But starting local is always a great idea, so we headed out to the tent.

In case you’ve never been to this beer festival before, the process was pretty simple: we waited in line (if there was one), chose an offering from the list, put our token in a box or handed it directly to the vendor, and then we got a drink in a small plastic cup that fitted perfectly in our souvenir glass!

If you aren’t a beer drinker – that’s ok! There was hard cider, hard seltzer, and a winery as well. Beer doesn’t have to be your thing to enjoy the beer festival, that’s for sure!

My personal favorite of the day was the Peach Cider from Meckley’s although I can’t think of one bad sample I had the entire time. I think the most unique flavor I tried was a blueberry lager. It’s such a great way to get out and try new flavors that maybe you don’t want a whole glass of but would really like to try. Or to be introduced to a new brewery. And the selection was excellent. 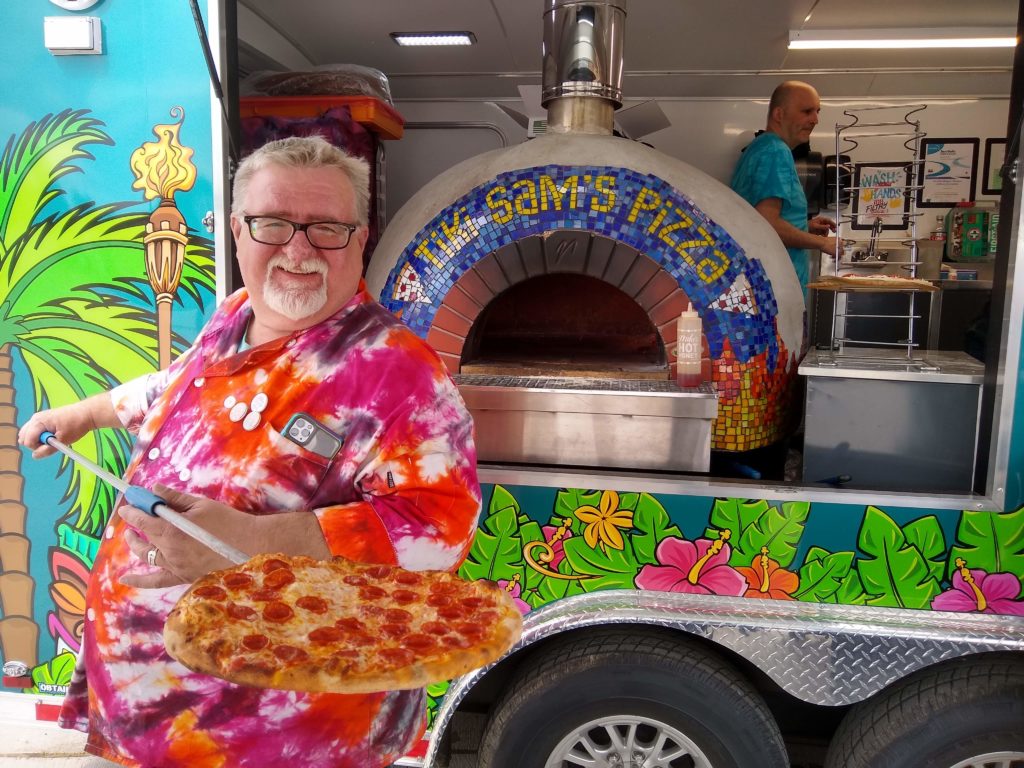 Of course, we love to eat good food anywhere we go and we were very excited to see Tiki Sam’s at the event. We ordered a pizza and talked with the owner while we waited for our pizza in the brick oven he has built right into his food truck!

And, we also had bacon steak on a stick because with a name like that, how could you not? It was so juicy and delicious. And a very generous piece of bacon.

This year’s event was hosted in May, instead of the usual March to allow more outside time and space. Everything was well-spaced and terrifically planned to accommodate different needs for this year. Kudos to the event planners on this!

If you want to enjoy the next Southern Michigan Beer Festival, you’ll need more info and to grab your tickets. You can find everything on the fairground’s website. Be sure to get your tickets early as tickets sometimes sell out early and they cost more at the door.

This post was lovingly written and is updated regularly by the team at Join in Jackson! 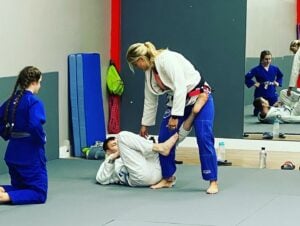 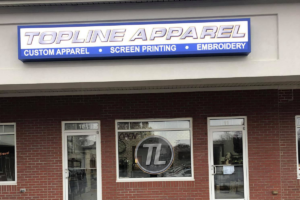 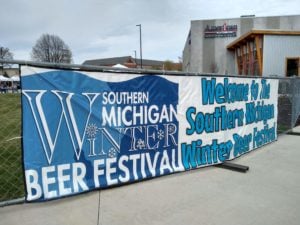 Get The Latest Updates

Your guide to the can’t miss events, things to do, and places to be in Jackson Michigan. 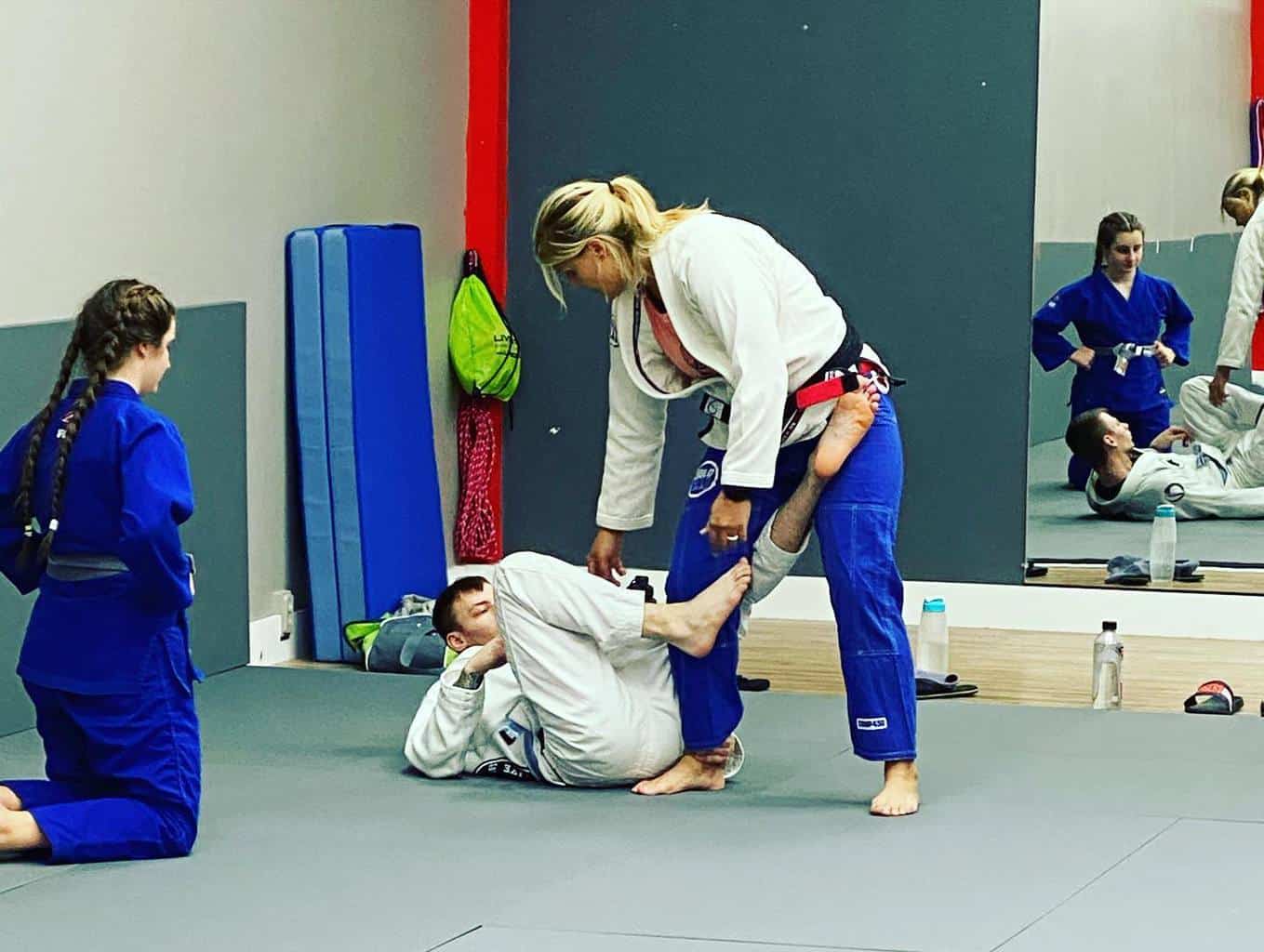 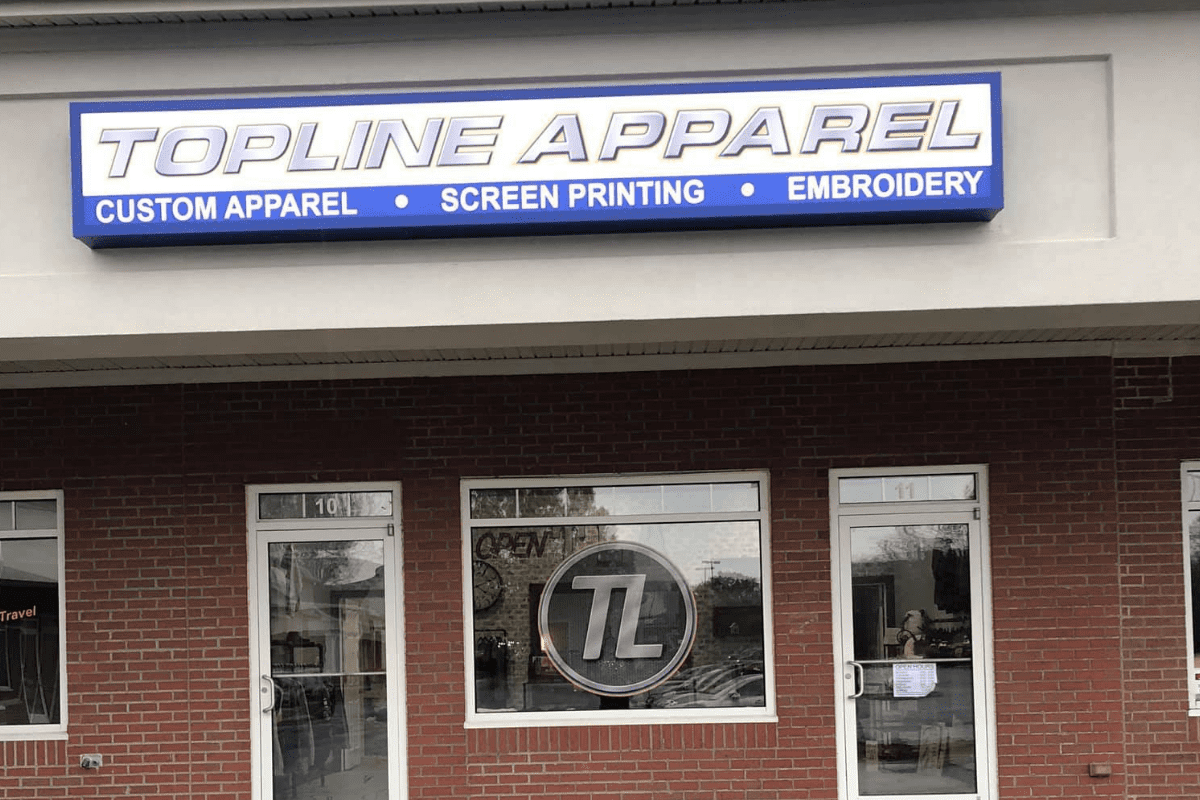 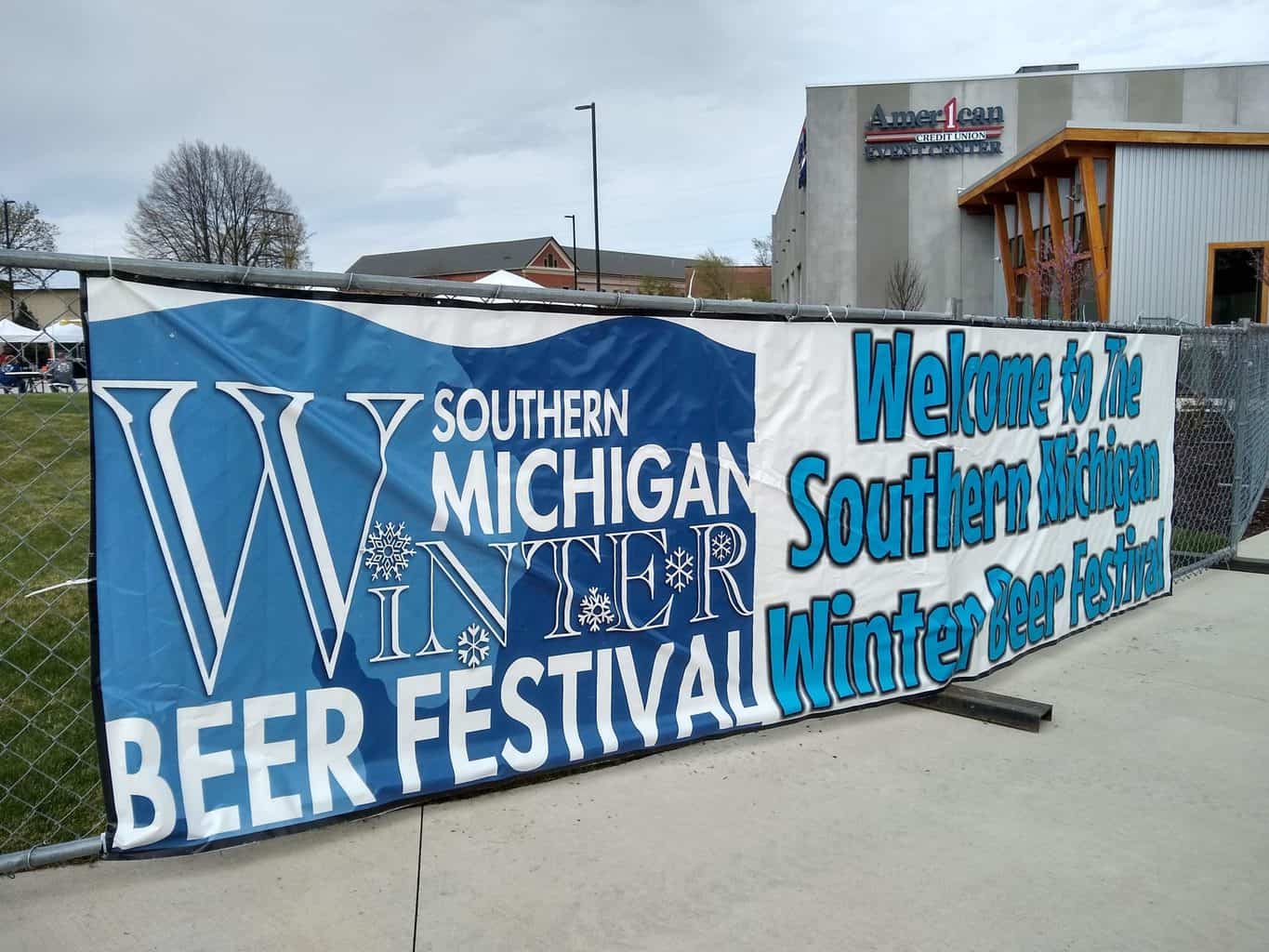 Your guide to what's going on